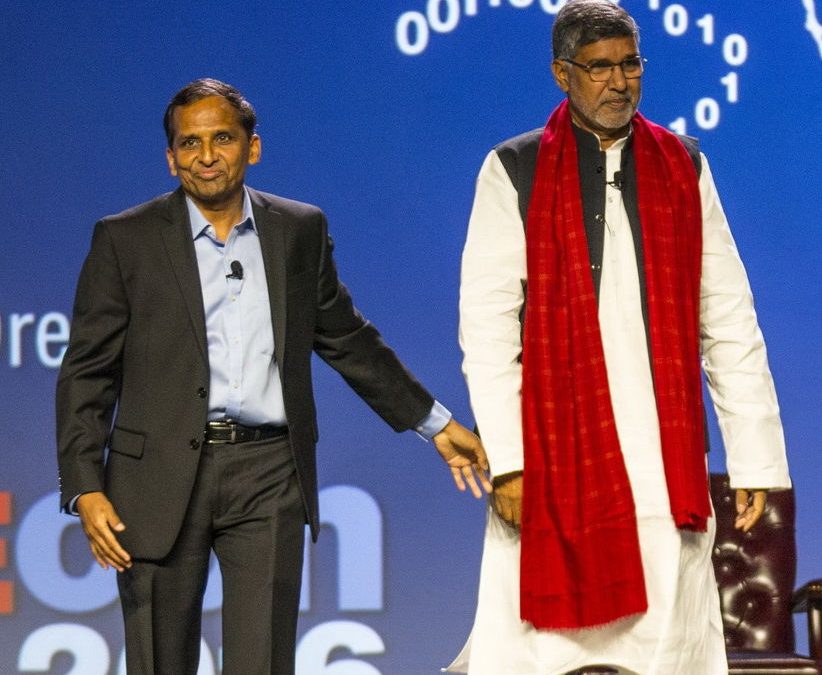 SANTA CLARA, Calif. — The most poignant moment of the two-day TiE 2016 conference, held at the Santa Clara Convention Center May 6 and 7, came during the final hours on the second day of the convention.

During a soul-stirring keynote speech in the evening by Kailash Satyarthi, who had been presented with the Nobel Prize in 2014 for his humanitarian efforts in freeing young children from slavery and bonded labor, the Nobel laureate forcefully declared: “I refuse to accept that children should be forced into slave labor. I refuse to accept that we cannot do anything about it. Every child matters.”

According to a video shown to the audience, Satyarthi has already freed a total of 85,755 children from slave labor in India. Most of them had been forced into making handmade carpets in North India.

But Satyarthi has not achieved this feat easily. After graduating with a degree in electrical engineering, the activist gave up a lucrative career in Madhya Pradesh and moved to Delhi “because I was passionate about the cause of freeing enslaved children,” he stated.

Satyarthi recounted his first violent confrontation when he and few aides descended upon an illegal brothel where young kidnapped girls were being trained to be used for prostitution. Satyarthi had gone to rescue just one girl at the behest of her father, but they ended up rescuing a total of 36 young girls. This became his first documented case of his liberation of children.

“How can slavery and civilization co-exist?” Satyarthi asked rhetorically. “Child slavery has to be recognized,” he stated emphatically.