Ending the Business of Child Labor | Kailash Satyarthi US

Ending the Business of Child Labor 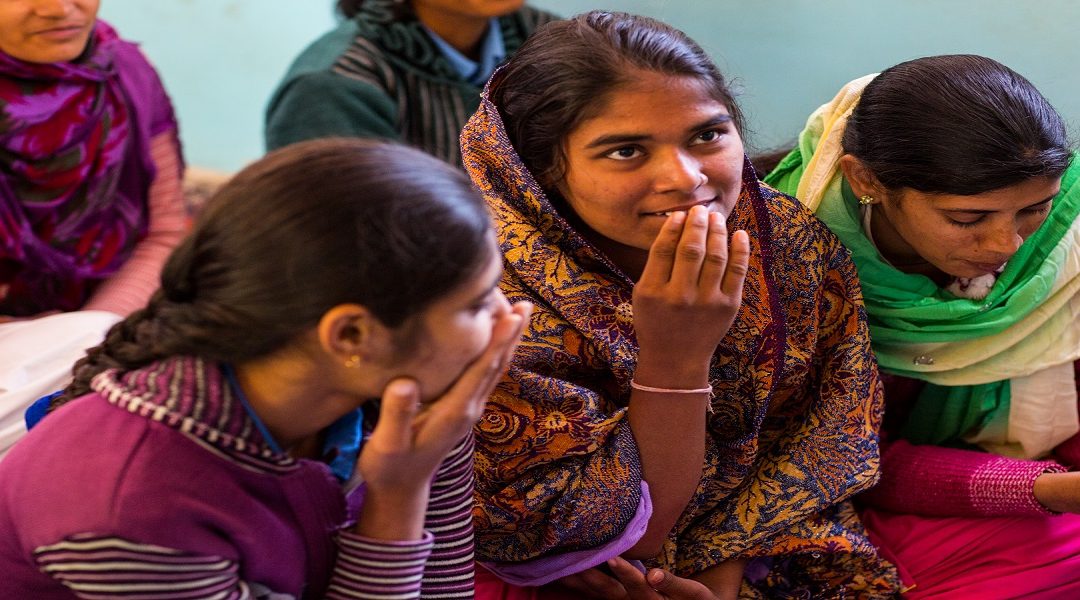 Advocates fighting to eradicate child labor had once hoped that globalization would help. But recent evidence shows that little progress has been made, suggesting that in addition to strong legal frameworks, robust accountability mechanisms are needed to guarantee that child labor is not used in supply chains.

NEW DELHI – In October 1997, when global leaders gathered in Oslo to strategize how to end child labor, we brought a huge ambition and a deep commitment to change. Through improved collaboration and planning, we sought to protect children from exploitation, and to develop “new strategies to eliminate child labor at the national, regional, and international levels.”

Poorly. Since that first meeting, the world has not even halved the number of children in the workforce. In the last five years, the international community has managed to reduce the number of employed children by just 16 million, the slowest pace of reduction in decades. Of the 152 million children working today, some 73 million are doing jobs considered hazardous. Even “safe” child labor affects victims’ physical and physiological wellbeing long into adulthood.

Worse, according to the most recent data from the International Labor Organization, the world has made the least progress in protecting two of the most at-risk populations: children between the ages of five and 11, and young girls.

Even as we talk, disturbing global developments have added a sinister twist to child labor and trafficking. This was supposed to be the century of empowerment for the most marginalized. Instead, we are witnessing globalization of the most perverted kind, with children becoming victims many times over.

Because traffickers can easily prey amid chaos, children in conflict zones are particularly vulnerable. Syria has commanded attention for years because of the horrific violence to which children there are subjected. But the global rise of organized gangs means that children in Asia, Africa, Latin America, and Europe are also at risk. Stemming this trend requires urgent and coordinated investment in education and safety wherever children are at risk – in conflict zones, refugee camps, and in areas affected by natural disasters.

I am often left wondering how we got to this point. Over the last 37 years, colleagues and I have rescued more than 87,000 children from forced labor in India. We have rescued girls who were so abused that they lost their ability to speak. Recently, we rescued children from a garment factory in New Delhi, where, for more than three years, they had been forced to sit and work for 20 hours a day in a basement with no ventilation. When they were brought to Mukti Ashram, our transit rehabilitation center, many were unable to walk or even look up at the sun.

We are proud of our accomplishments. But humans’ depravity is a source of continued sorrow.

How can we end this suffering once and for all? Global gatherings, like the one that just ended, certainly have a role to play. But talk alone will not suffice. Serious problems confronting humanity are tackled only when stakeholders become full participants.

Successes in public health are instructive. For example, there was a time when diseases like polio and smallpox ravaged millions. Through the coordinated efforts of doctors, volunteers, global institutions, local governments, and civil society, these diseases were tamed. Similar collaboration is needed now to reduce child labor.

The first place to start is targeting industries where child labor is present, such as agriculture. In addition to strong legal frameworks, robust accountability mechanisms must be established to guarantee that child labor is not used in supply chains. I have found that with the right incentives, businesses and consumers can become partners in eradicating child labor.

One example of this collaboration emerged from the carpet industry in South Asia, where children were being mercilessly exploited. To force change, we launched a movement to educate consumers in the West to compel carpet factory owners to behave responsibly. This led to the creation of a label, GoodWeave, which certifies that no child has been put to work manufacturing the product. Since the label was launched more than 20 years ago, child labor in the region’s carpet industry has plummeted, from roughly one million to about 200,000.

Programs like these are helpful, but the most important changes must come from international efforts led by the United Nations. Ending the vicious circle of child labor, illiteracy, and poverty will require inter-governmental agencies to come together around each of the Sustainable Development Goals that directly affect children. These include Goal 8, ending forced labor, modern slavery, trafficking, and child labor; Goal 4, ensuring education for all; Goal 3, providing universal access to healthcare; and Goal 16, stopping all forms of violence against children.

To succeed, UN Secretary-General António Guterres will need to channel more resources toward improving children’s lives. His first course of action should be to call a meeting with the heads of UN agencies and international organizations, as well as world leaders, to create an agenda for concerted and coordinated efforts to protect young people everywhere.

At the end of the day, only political will can disrupt the grim calculus of child labor. We cannot build a more peaceful, sustainable world without ensuring the freedom, safety, and education of every child. A life of work robs children of all three.

As I ponder the way forward, I cannot forget a young girl I met in Brazil, whose small hands were horribly injured and bleeding from plucking oranges. She asked me a simple question, to which I did not have an answer: “How can the world enjoy the juice from these oranges when children like me have to shed their blood to pluck them?”

That is a question we all must ask ourselves, too.