Guest Blog: The State of Child Trafficking in the U.S. | Kailash Satyarthi US

Guest Blog: The State of Child Trafficking in the U.S. 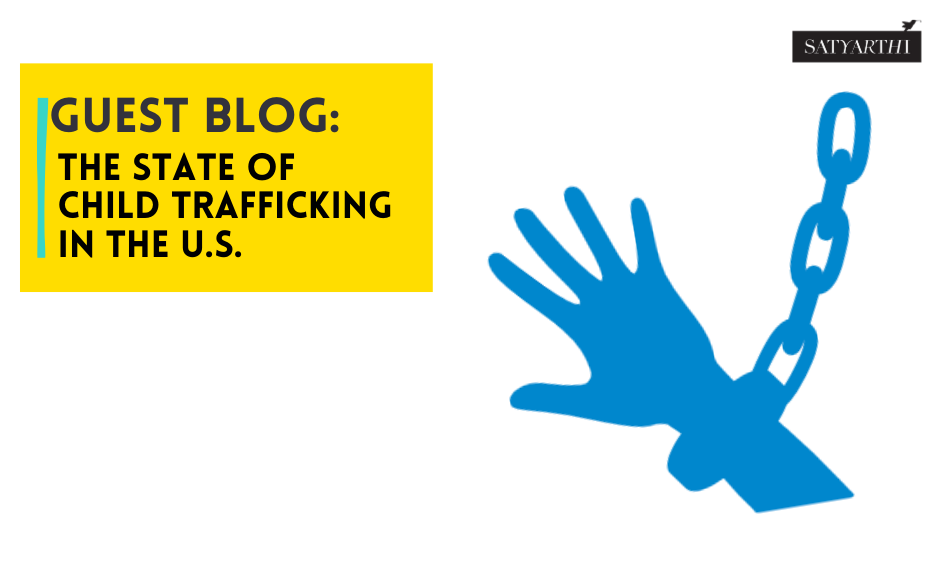 As a young person, it is heartbreaking to see the state of child trafficking in the U.S. The freedom children are entitled to isn’t granted for millions of young people. Moreover, the distance we enjoy from their reality is a product of our own privileged position and not of circumstance. Child trafficking is happening in and around us – the International Labor Organization estimates 1.2 million children are trafficked each year around the world and for every four victims of forced labor as a result of trafficking, one is a child.

Child trafficking is the act of transporting, recruiting, or transferring young people into situations of acute vulnerability such as forced labor, slavery, or exploitation. There is no official number of human trafficking victims in the U.S., but estimates are in the hundreds of thousands. The U.S. government just released the 2020 Trafficking in Persons report, and according to that, the U.S. has prosecuted fewer cases and secured fewer convictions against traffickers than in previous years, issued fewer trafficking victims immigration benefits, and did not adequately screen vulnerable populations for human trafficking indicators; even with an increase in trafficking investigations.

The U.S. has identified children in the child welfare and juvenile justice systems, foster care children, runaway and homeless youth, and unaccompanied foreign national children as vulnerable populations. In fact, I learned from The Human Trafficking Institute that last year over half (51.6%) of the active criminal human trafficking cases in the U.S. were sex trafficking cases involving only children. Child victims can be arrested for being forced to participate in sex trafficking, and only 18 states in the U.S. protect children from being prosecuted for illegal activities resulting from forced trafficking.

Globally, over 10 million children today are trapped in some form of forced labor and trafficking, and we are consumers and beneficiaries of this unethical exploitation. You can stand up and help youth in the U.S. who are suffering from the woeful lack of protections that exist to ensure their security, safety, and return. It’s important that we commit ourselves to change. Now more than ever, more young people will be more vulnerable and susceptible to trafficking due to the impact of COVID-19 in the U.S. and around the globe. As a young person, I commit to finding ways to end child trafficking and exploitation by educating my family, friends and community – will you join me?

As we recognize the UN’s upcoming World Day Against Trafficking in Persons (July 30), the U.S. 100 Million Campaign and I will stand up for vulnerable and marginalized populations. I hope you will consider getting involved – you can learn more about trafficking and what you can do here.

By Vishwa, a rising sophomore at Yale University, from Los Angeles, California.