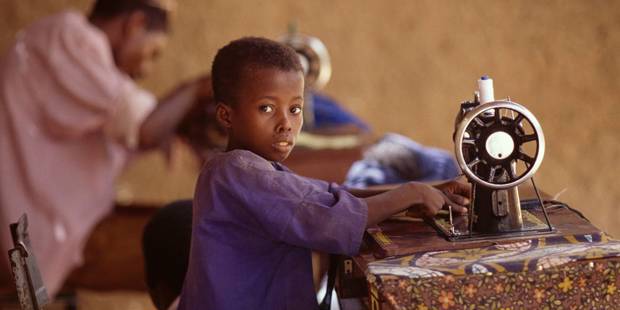 NEW DELHI – Every day, 152 million children perform hard labor, often in hazardous conditions. Bangladesh’s garment factories, which are staffed largely by women and, often, children, are a prime example. Between 2006 and 2012, more than 500 Bangladeshi garment workers died in factory fires. In November 2012, a single fire left 117 workers dead, and more than 200 injured. A mere five months later, a factory outside Dhaka collapsed, killing more than 1,100 people and injuring over 2,500 more.
Fortunately, the world increasingly seems to recognize the urgency of ending child labor. In 2015, global leaders agreed, as part of target 8.7 of the United Nations Sustainable Development Goals (SDGs), to “take immediate and effective measures” to “secure the prohibition and elimination of the worst forms of child labor, including recruitment and use of child soldiers.” Child labor “in all its forms,” they pledged, should be ended by 2025.