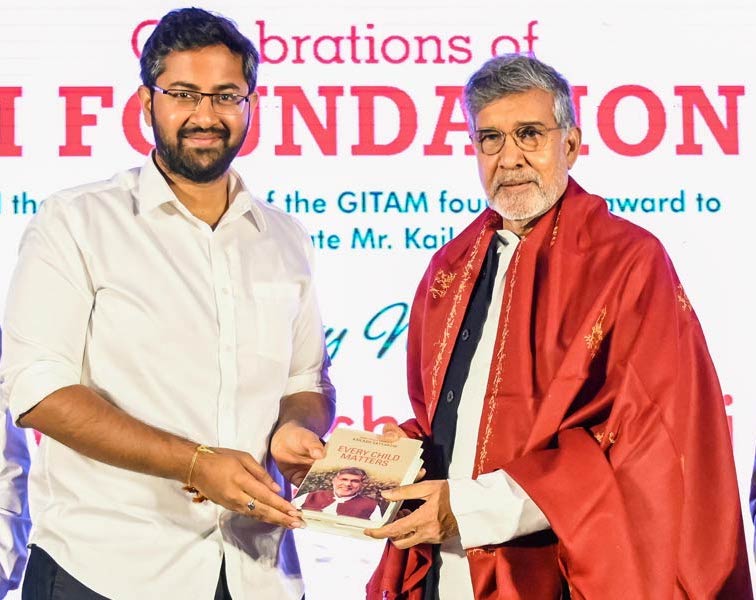 VISAKHAPATNAM: The Covid-19 pandemic has once again pushed children into forced labour, marriages, and trafficking, said Nobel Peace Prize laureate Kailash Satyarthi. He was in Visakhapatnam on Saturday to receive Gitam’s Foundation Award, 2022.

In an interview to TOI, Satyarthi said that child labour had significantly decreased in India before the pandemic exacerbated the situation again. “Loss of livelihood opportunities is a common factor among the poor people, whose children were forced to work, marry or into trafficking for exploitation.”

Explaining about the child labour situation in Andhra Pradesh, the Nobel Peace Prize laureate said that their NGO unit with the help of government agencies like the police department and district child rights’ units could free as many as 1,500 from child labour and other forms of exploitation in the last two years in Andhra Pradesh. “FIRs were filed in 95 cases,” said Satyarthi.

When asked about protecting child rights in the war-torn zones, the child rights activist said that the recent Russia-Ukraine war displaced two million children and 10 million people. “The international treaties should be respected and implemented. Schools should never be used for military camps and should be the safest places. There should be no scarcity of food and water in these zones to protect the very primary rights of the kids. I am against all kinds of war. War is proof that we are not yet civilised,” said Satyarthi.

He said that a mere 53 billion dollars per annum – equivalent to 10 days of global military spending – would ensure all children in all countries have social security and protection. “Universal society security schemes or fund would help reduce poverty, illiteracy and consequently protect children from any form of abuse or exploitation. Countries should increase their budget towards these activities in a transparent manner to create a social security mechanism,” said Satyarthi.

The Nobel Prize laureate, who advocated the universal right to education, said that the universalisation of education in India helped improve both enrolment and retention rates. “Parents have understood that education is not only an employment seekers’ effort, but it is an empowering tool. This has led to increased enrolment of girl children in educational institutions. The bill against human trafficking is still waiting to be tabled in Parliament. It is a very sound bill. But unfortunately, it is yet to be tabled in both the Houses,” said Satyarthi. He added the Russia-Ukraine war has brought a lot of challenges to the United Nations’ system and its credentials.