THE WEEK: OPINION – Economic vulnerability pushing parents to marry off their minor daughters | Kailash Satyarthi US

THE WEEK: OPINION – Economic vulnerability pushing parents to marry off their minor daughters 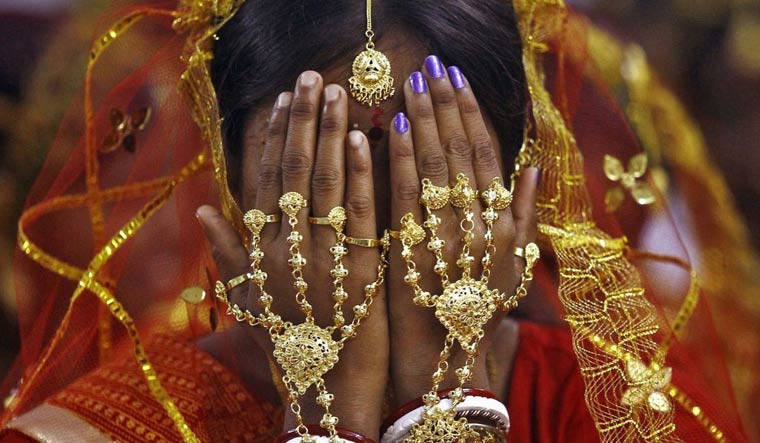 Girls are used as a substitute for money to offset debts and settle conflicts.

Child marriage is not a shocking event in our country; many young girls from vulnerable sections of our society turn brides even before they reach the legal age of consent. But, what is shocking is when parents from weaker sections give in their underage daughters as child brides to settle their debts. This is where the paradox lies. While we speak of parental security for children, we also see parents trading off their underage daughters as mere pawns to repay debts.

A case in point is, in April this year, a 13-year-old girl was forcefully married off by her mother to a 35-year-old man in Rajasthan’s Barmer district. According to the girl’s statement before the police, her mother forced the marriage to repay a loan of Rs 5 lakhs that her deceased father had taken from her husband for livelihood activities but incurred huge losses. The police had registered a case under the Prohibition of Child Marriage Act (PCMA), 2006 and had invoked relevant sections of the Indian Penal Code (IPC) and Protection of Children from Sexual Offences Act (Pocso).

In a similar instance, in July 2018, a 15-year-old girl was married off by her father to a 25-year-old man in Greater Noida, to repay his debt. After her rescue by the police, crying bitterly she told, “My husband and in-laws used to beat me up every day” and her husband had sex forcefully with her. The police filed an FIR under relevant sections of PCMA and Pocso and also arrested the girl’s father, husband and the mediator who arranged the illegal child marriage.

These two instances should not be seen as isolated cases or rare occurrences, the educated urban society gets to know about such cases only when they are reported with the concerned authorities. But many such cases occurring in remote areas in many parts of the country remain unreported and hence remain unknown to the world outside the villages. It is clear from the above two instances that due to the absence of banking facilities in remote areas, many underprivileged people turn to the local private moneylenders who are usually usurious and agree to settle debts even through child marriage.

A report in the Berkeley Economic Review (BER) of October 2018 argues, “Families living in extreme poverty with several children use child marriage as a way to reduce their economic burden.” The BER report said, “Families often use child marriage as a strategy to evade food insecurity. Girls are even used as a substitute for money to offset debts and settle conflicts.”

In a research paper ‘Child Brides’, published in 2017 in the Journal for Economic Behaviour and Organization, the authors Peter.T Leeson and Paola.A Suarez argues, “Son-preferring couples invest fewer resources in the care of their young daughters than their young sons, so more males survive to traditional marriage age than females”.

The research paper ‘Child Brides’ also argues, “This leads to a sex ratio imbalance, causing some men to turn to younger girls to find a bride.” These reports reinforce the fact that as vulnerable families look more towards better upbringing of their male child, it is usually the underage daughters who become the scapegoat for settling the family’s debts.

These factors are especially true in case of the underprivileged families or in remote areas, where vulnerable families incur debts for various purposes including livelihood activities, food and shelter. And in case, extreme events like floods, drought, or famines adversely impact their livelihood and their return on investment, it forces them to look for an escape route including marrying off their young daughters to repay debts. In many cases, it has been seen that families also hand over their children to the design of traffickers.

Further, the link between child marriage cannot be denied, it is seen in many cases young girls are married off and then trafficked to be sold for a huge price, as “virgins” in red-light areas fetch a premium.

For instance, last year, a 15-year-old girl from Alwar in Rajasthan was first sold as a child bride for marriage and was then re-sold for prostitution by her husband just after two months of marriage.

These harrowing experiences of young girls explain the primary reason why our society should become intolerant of the abominable practice of child marriage and must insist on its complete abolition. Though there is specific legislation to combat child marriage, NCRB figures demonstrate that it has been least implemented. NCRB reports a total of 1,050 cases were registered under the Prohibition of Child Marriage Act, victimizing 1,062 children. This show that government and civil society need to work together to eradicate this evil.

In this regard, Nobel Peace Laureate Kailash Satyarthi’s Children’s Foundation (KSCF) has argued that the option of marriage being voidable should be at the discretion of the marrying girl. This will not only empower girls but will also help them in taking decisions about their own life.

Further KSCF recommends that the “scheme for adolescent girls” should be made operational across all the districts in the country as the scheme not only provides for health and nutrition but also aims to empower girls and upgrade their home-based skills and life skills.

In addition to these, KSCF espouses that financial incentives or monetary scholarships should be provided to all girls who remain unmarried till 21 years of age and wish to pursue higher education or avail livelihood opportunities through vocational or skill-building training.

The incentivization of girls’ education especially for the vulnerable sections and families in remote areas is expected to motivate and push people to pursue with their daughter’s education and skill training rather than marrying them off early. Here it is noteworthy to add that schemes like the ‘Kanya Sumangala Yojana’ of Uttar Pradesh government and ‘Kanyashree scheme’ of West Bengal, specially designed to help young girls, will go a long way in creating an enabling atmosphere to promote the education of girl child and reducing the financial burden of parents.

In the context of child marriage, the recent appeal by Nobel Peace Laureate Kailash Satyarthi for a nationwide campaign comes as a fresh hope to abolish the evil practice and free our young daughters who are being used as pawns in cases of child marriage.