Nobel laureate: Tens of millions of children worldwide at risk of exploitation, forced labor during pandemic | Kailash Satyarthi US

Nobel laureate: Tens of millions of children worldwide at risk of exploitation, forced labor during pandemic 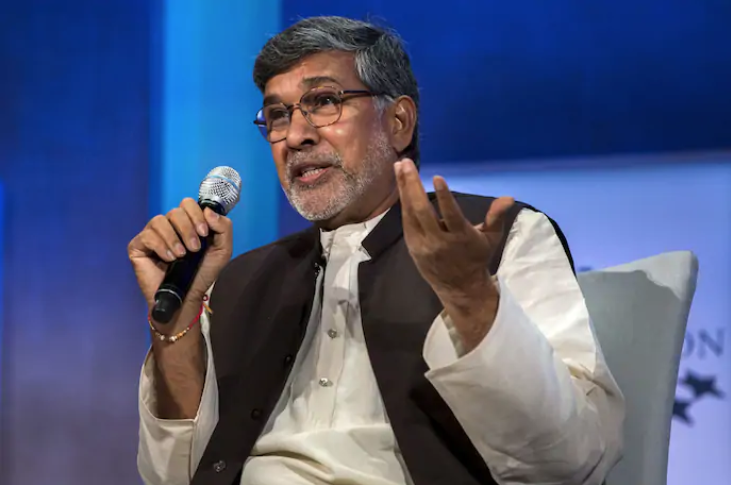 We read a great deal about the damage that children in the United States are suffering because of the coronavirus pandemic, but less so about the consequences for tens of millions of young people around the world who face dire futures without more support.

In this post, Kailash Satyarthi, who was awarded the 2014 Nobel Peace Prize for his global advocacy for children’s rights, explains what is at stake for many children.

He is the founder of Bachpan Bachao Andolan, a nonprofit organization in India that works to protect children, and he is a member of The International Commission on Financing Global Education Opportunity.

In early August, the 187th — and final — member of the U.N. International Labor Organization (ILO) ratified Convention No. 182, a treaty to protect children from the worst forms of child labor, including slavery, prostitution and trafficking. It’s a powerfully important achievement more than two decades in the making. Never before in history has there been, from every corner of the planet, an absolute consensus to eradicate the exploitation that deprives children of their most basic of freedoms and robs them of the personal peace, promise and prosperity every human being deserves.

We reached this remarkable milestone as the covid-19 pandemic was continuing to envelop and frighten the world, leaving millions sick and dead, economies in ruins, and driving more than 90 percent of the world’s children — or about 1.6 billion — out of school.

When the poorest and most marginalized children are out of school, we already know they can be forced into child labor and exploitation, and they endure the most violent suffering. Also, the longer they stay out of school, the less likely they will ever go back. At the same time, child laborers are prone to drop out of school, if they ever go at all. With hundreds of millions of children now locked out of education, these multiple threats have become widespread.

Many children are now more exposed to sexual abuse at home, which will likely drive a spike in child marriage and teenage pregnancies that too often mean the end of formal schooling for girls. They become fodder for online child sexual commercial exploitation, which is expanding to meet growing demand from locked-down abusers. Moreover, the collapse of whole economies and family livelihoods is predictably pushing more children into work and the worst forms of child labor, including the risk of being trafficked.

There is perhaps nothing more urgent right now than to ensure these children, particularly those most vulnerable to exploitation and abuse, get their fair share of support to get back to their education. That’s why 10 international organizations — under the banner of “Save Our Future” — are urging leaders everywhere to do more to educate children even as covid-19 rages.

In 2017, more than 152 million children were, according to the ILO, engaged in labor, 73 million of whom were ages five to 11 years old. That’s down from approximately 246 million globally in 2000. Much of the momentum behind that progress came from Convention No. 182, adopted by the ILO in response to the Global March in 1998, where millions of survivors and young people joined me to lead the largest global mobilization against child labor.

Covid-19 will almost certainly erase some of those hard-won gains, with projections suggesting a reversal in progress of the last two decades. In fact, the erosion has already begun.

In India, for example, as the number of out-of-school children grows, they are increasingly pressed into labor on farms and in factories. They’re bringing desperately needed income to their families. In the few short months since the coronavirus lockdown began, Bachpan Bachao Andolan, the children’s rights group I founded, has already rescued nearly 600 children from forced work and bonded labor from different parts of India, and we’re stepping up efforts across the country to raise awareness about the heightened risk of child trafficking.

Likewise, officials in Indonesia are bracing to keep an estimated 11 million of their children in school and away from labor exploitation as a result of the pandemic. Education service providers in lower-income countries have already told researchers that covid-19 school closures are putting girls at far greater risk of labor exploitation, sexual abuse and trafficking than boys.

There is no simple solution to educating children at a time when keeping a physical distance has life-and-death implications. But there are affirmative steps that can – indeed, must – be taken to minimize the damage during the pandemic and position us well to make even more progress once it subsides.

I recently brought together 88 Nobel Laureates and world leaders to call for international donors to commit $1 trillion to support the poorest 20 percent of humanity. In addition to reducing debt loads that hobble lower income countries’ ability to respond to emergencies such as the pandemic, the funding would go to many needs, not least education.

We made this demand loud and clear during the recent Fair Share for Children Summit, where I was honored to be joined by world leaders, heads of U.N. and other multilateral institutions, young people, and representatives of marginalized communities.

The universal adoption of Convention No. 182 took years of painstaking work to achieve, and applying it to eventually eliminate child exploitation will take even more. We must not allow covid-19, formidable as it is, to set us back. That’s why, especially now, it’s essential to do everything possible to give all the world’s children a quality education that will protect them and allow them to live full lives.