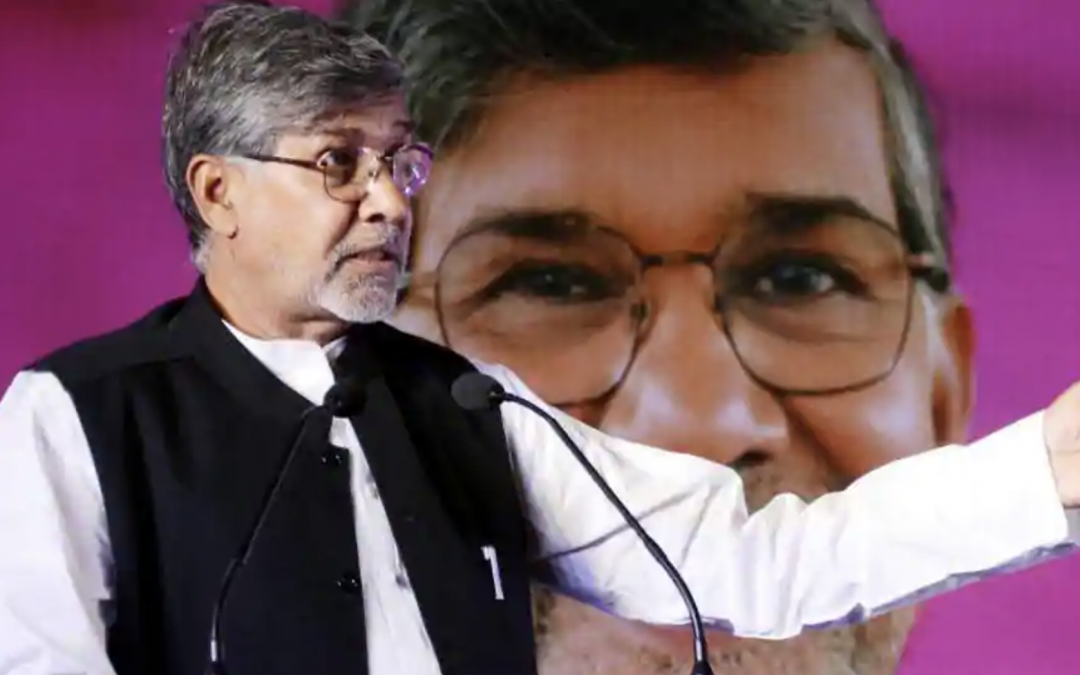 Nobel laureate Kailash Satyarthi’s NGO Bachpan Bachao Andolan said that over 1,600 trafficked children were rescued from “situations of exploitation” in the past eight months

Over 1,6oo trafficked children were rescued from “situations of exploitation” in the past eight months, Nobel laureate Kailash Satyarthi’s NGO Bachpan Bachao Andolan said, noting that there has been a rise in such cases as many parents lost their livelihood due to the Covid-19 pandemic and during the lockdown.
The lockdown was imposed by the central government across the nation from March 25 to prevent the spread of the novel coronavirus. However, from June 8, the Centre gradually started easing restrictions under ‘Unlock’.

“One of the biggest worries during the lockdown was the fact that the financial crisis of families will lead them to take loans unethically. This eventually increased the vulnerability of children and their families of being lured by traffickers with the promise of a better livelihood opportunity,” Dhananjay Tingal, an executive director at BBA, said.

Thirteen-year-old Krishna (name changed) was one of the 1,675 children rescued by the child rights organisation between April and November.

Krishna was trafficked from his village in Bihar to work in a garment factory in Gandhinagar in Gujarat, where he toiled for 12 hours a day, and stayed in a tiny room that he shared with six others like him, BBA officials said. Though they were promised payment, they were never given the promised amount. Besides, this he and the others just got half a day to rest every week and were under tremendous pressure to meet production targets, they said.
Krishna landed up in Gujarat and became a victim of trafficking after his parents, farm labourers, lost their jobs with the outbreak of the coronavirus, the BBA said.

Moreover, his parents had taken a loan of Rs 20,000 before the lockdown to fix the roof of their house, but being unemployed they were unable to pay their lender, the officials said.

It was getting difficult for Krishna’s parents to feed a family of 11 and traffickers took advantage of the situation and for Rs 20,000, Krishna was taken to Gujarat to work, they said.

For months he endured exploitation at the hands of his employer, before being rescued by the BBA in July. The story of 14 -year-old Saad Khan (name changed) is no different.
There were three earning members in his family, but the pandemic induced poverty forced Khan to search for work, the BBA officials said. He and his family were lured by a trafficker, who gave them an advance of Rs 5,000 and promised work for Khan. “The advance payment by any trafficker further complicates the issue as it becomes a case of bonded labour,” Tingal said.

Khan was rescued along with 15 other children in September while he was being transported in a bus to work at a bangle making factory in Jaipur in Rajasthan. He was rescued by BAA with the help of the anti-human trafficking unit and local police.

The child rights NGO said during April to November, 1,675 children rescued from “situations of exploitation” and 107 traffickers were arrested.
“During August and September 2020, 80 vehicles, including 51 buses and 29 trains were intercepted based on information received from field activists, exclusively deployed to report suspected cases of child trafficking,” Tingal said, terming children as the biggest victim of the pandemic.

“There is a dire need of being more vigilant and active in mapping children and families, who are specially at risk and try to stop trafficking at the source. The immediate measure that we have at hand to prevent this is to rehabilitate rescued bonded labourers, especially by ensuring that they are financially compensated and do not fall back into the cycle of exploitation,” he said.

Tingal said that bangle making units of Jaipur have been under the scanner for over a decade now due to children being employed. The pandemic momentarily halted production but as soon as restrictions were relaxed, manufacturing resumed, and employers started employing children, he said.
Children are employed primarily for two reasons- first due to cheap labour cost and secondly, due to their small hands which helps in efficiently fitting embellishments on bangles, Tingal said.

“The advent of the pandemic has seriously damaged the work done in the past two decades by child rights organisations in terms of decreasing child labour. BBA has been adapting to the challenges posed by the pandemic in dealing with the steep rise in trafficking,” he added.