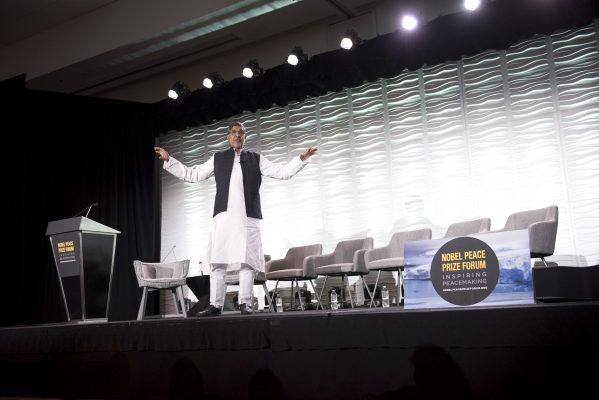 The three-day meet celebrated the struggle and vision of Satyarthi, the first Indian to preside over the Forum. It concentrated extensively on his work and achievements in the field of child rights, according to a press release.

To supplement the vision Satyarthi has for the world, the forum deliberated upon critical issues such as peace, security, implications of and the relation between human trafficking, slavery, climate change, the refugee crisis and poverty.

Satyarthi inaugurated the setting by engaging in a live-streamed global conversation with the forum delegates and youth from United Nations Children’s Fund offices around the world.