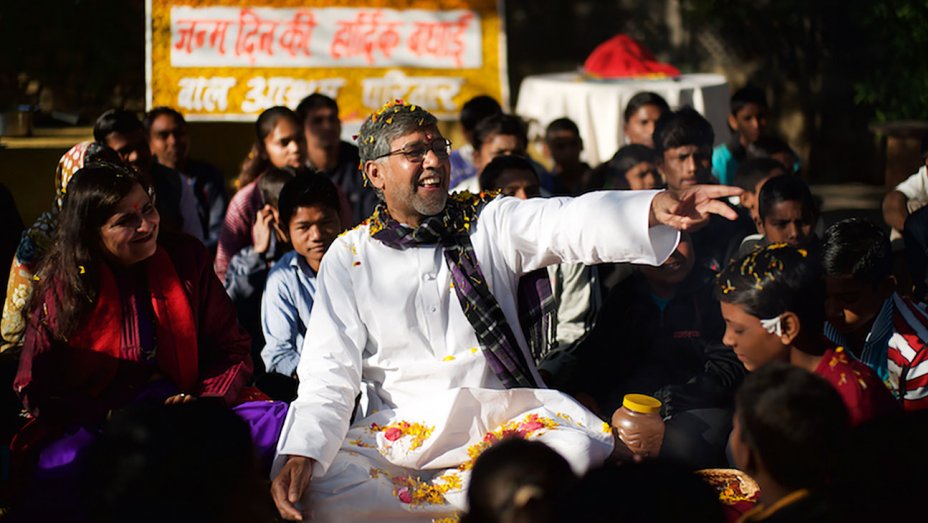 Derek Doneen’s Kailash begins less like the Sundance social issue documentary it is and more like a Jason Bourne thriller.

Shot with jittery handheld cameras and some concealed body cams, the opening scene thrusts viewers into the middle of a raid on a factory in New Delhi. A team of civilians and law enforcement bursts through doors and rumbles down tight hallways as a voice urgently yells, “Tell me where they are!” Locks are shattered as we hurtle past unassuming workers and out into back alleys and onto rooftops before, hidden amid a pile of innocent-looking trash bags, the invading forces find their target. A group of scared children is pulled to safety.

It’s hardly unprecedented for a progressive documentary to cover itself in the trappings of an action film. Look no further than Sundance favorite and Oscar winner The Cove for a recent template. Still, it isn’t the usual way to start a worshipful film about a recent winner of the Nobel Peace Prize.