Girl power to the fore | Kailash Satyarthi US

Girl power to the fore 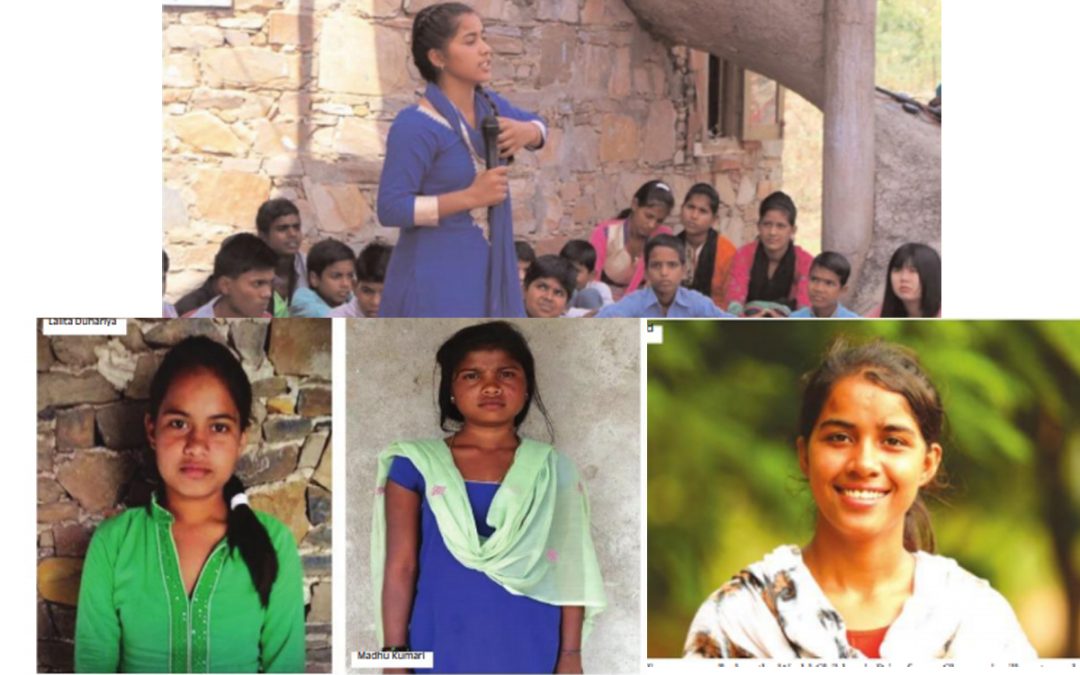 Bal Mitra Gram (BMG), a path-breaking concept introduced by Kailash Satyarthi Children’s Foundation, is a village where all the children are free from exploitation and are going to schools to pursue education. The most important and integral part of this concept is the participation of the children themselves as also the relationship of friendship that develops between the community and the children. Children get their first tryst with the principles of democracy as they elect the Bal Panchayat among themselves. The idea is to ensure the protection of rights of all children through the engagement and involvement of the villagers, the constitutional body ~ Gram Panchayat, or the village council, ~ and the local administration.

These children, when they become a part of this Panchayat as Bal Pradhans, or members, of the Bal Panchayat, are made aware of their roles and responsibilities by Bal Ashram activists. Leadership and decision-making are two paramount pillars of this arrangement, which these girls clearly exemplify in their fight against social issues that ails their villages be it child marriage or child labour. In fact, some girls, after coming in touch with the Foundation’s activists, have stopped their own child marriages and now campaign against it in their villages and neighbouring areas.

Till date 540 BMGs have been instituted in six states of India. The model has also been replicated in villages of Nepal and Uganda. To mark the International Day of Girl Child, which fell on 11 October, we bring to the readers a few case studies of some amazing girls: