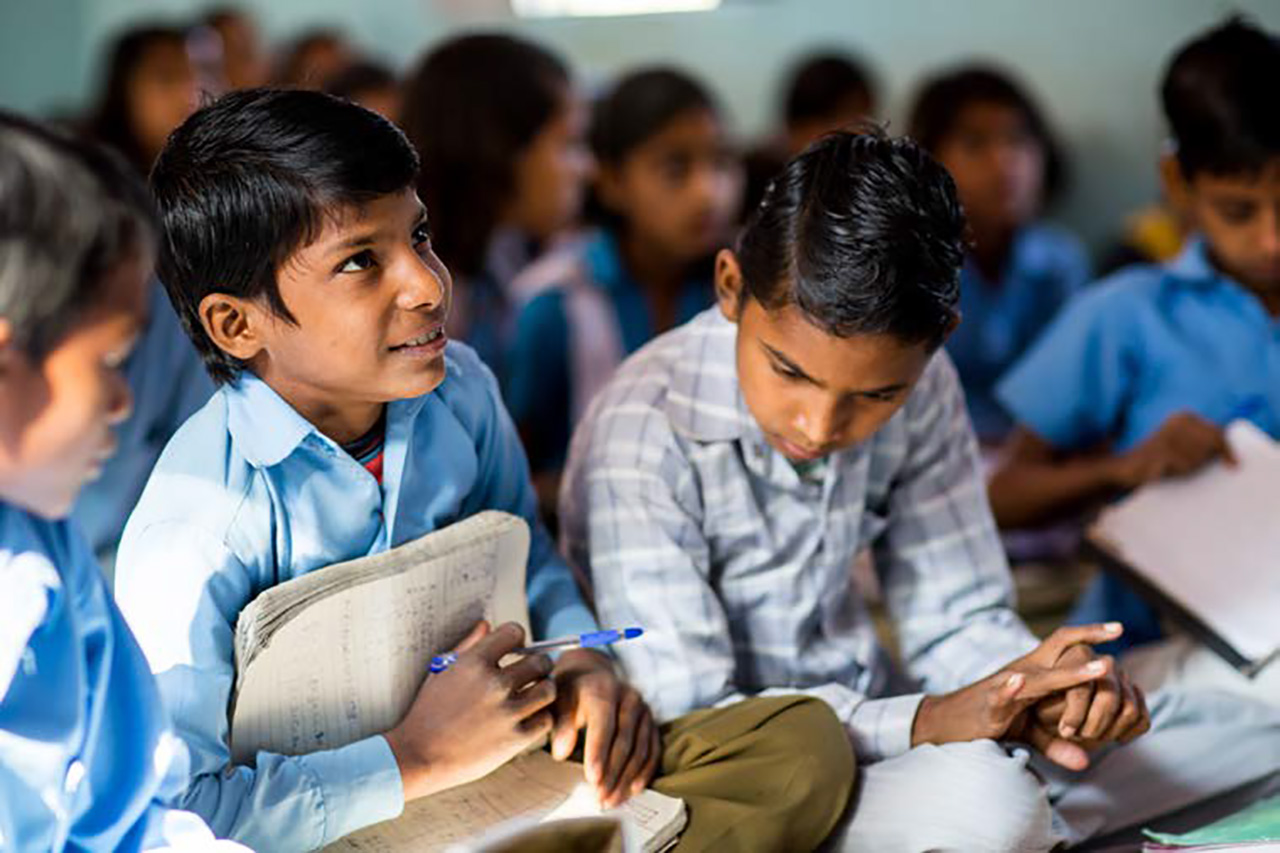 A child is defined as every human being below the age of 18 years, unless under the law applied to the child, majority is attained earlier. Child labor is defined by the International Labour Organization (ILO) as “work that deprives children of their childhood, their potential and their dignity, and that is harmful to physical and mental development.” In 1999, the ILO led the Worst Forms Convention, signed by 181 countries, which prohibits the worst forms of child labor such as:

In 1990, the United Nations adopted the Convention on the Rights of a Child which became the most widely and rapidly ratified international treaty. To date, 196 countries have signed it. Although the United States has signed the treaty, they have not ratified this important treaty. According to a study conducted by the ILO in 2004, the benefits of eradicating child labor would “outweigh costs by nearly six to one.”

Global Estimates At A Glance 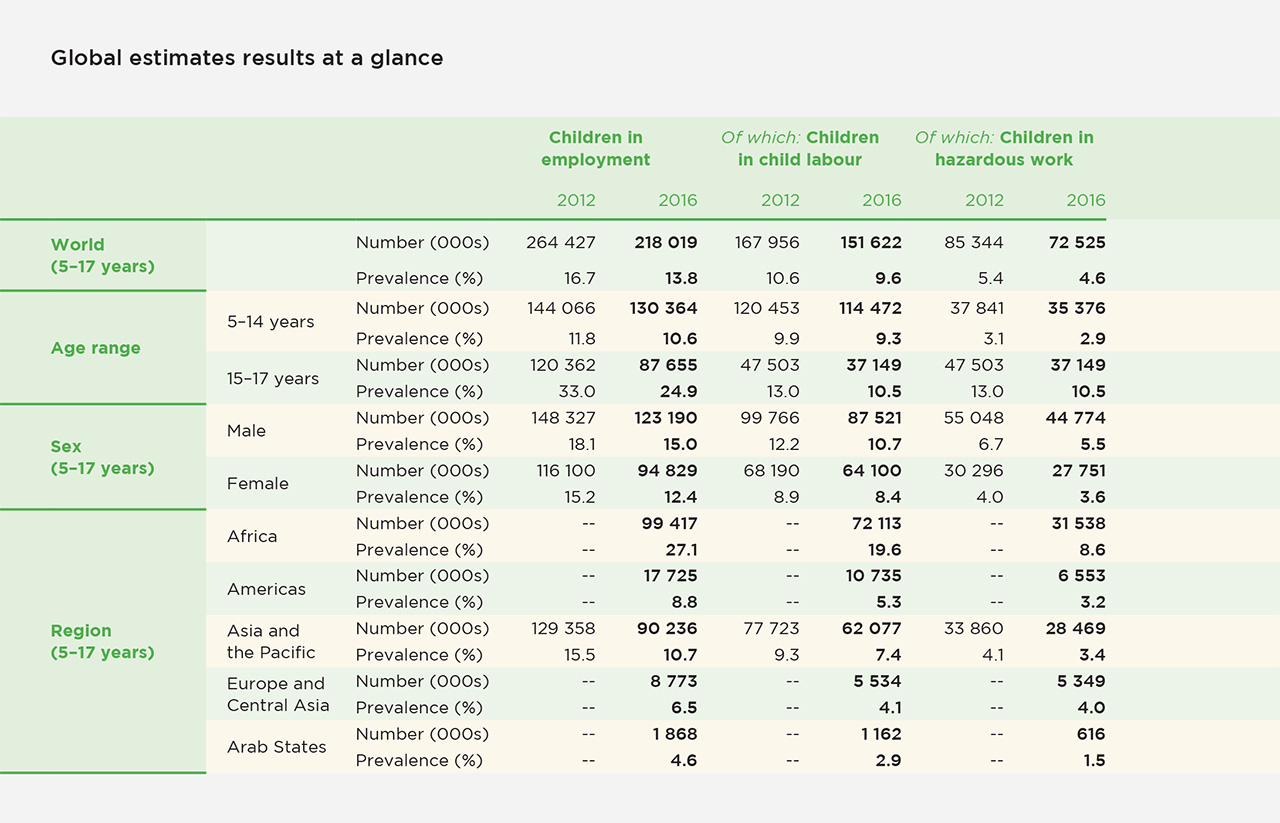 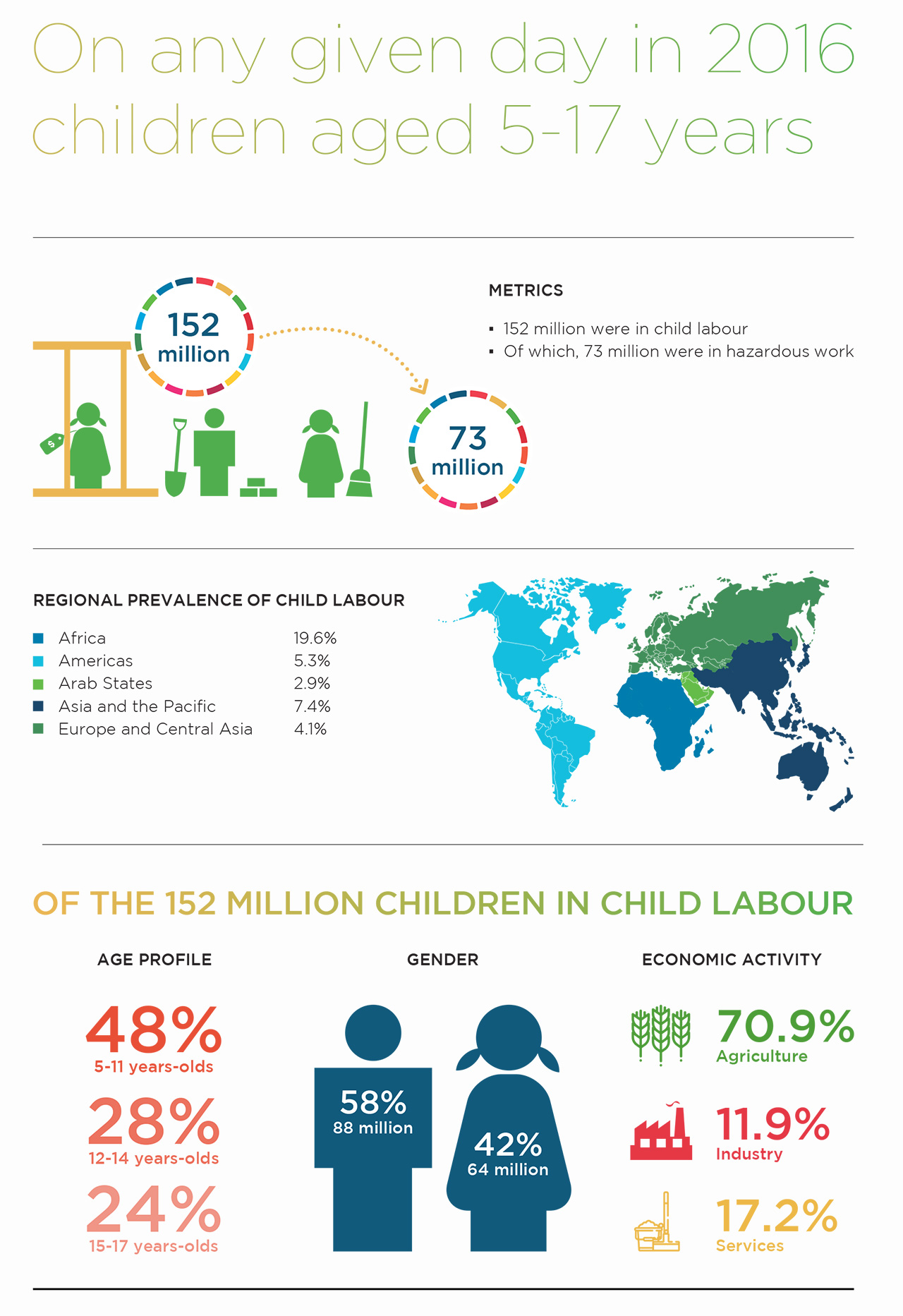